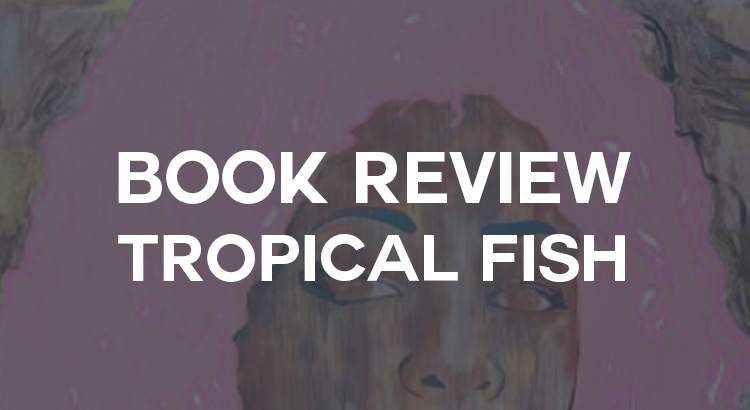 The African short story is an established art form, as is the African storyteller. It is a comfortable format, requiring less commitment from both the writer and reader, but still delivering an engaging experience. In the case of Tropical Fish, an anthology from Ugandan author Doreen Baingana, eight stories are woven together into a satisfying whole. The premise: three sisters – Patti, Rosa and Christine Mugisha – come of age casually and normally in Entebbe, in a post-Idi Amin Uganda. He does not make a personal appearance (unlike the cleverly named President Munino) but his shadow looms long – Indians forcibly expatriated, roads unrepaired, universities descendent.

Against this background different moments are lifted from time to map the departure from childhood worlds invented for the fun of it to worlds invented for survival – the worlds in which adults take refuge. This larger scope is neatly encapsulated in the very first story, “Green Stones”, using Christine’s voice. The most introspective sister, Christine can be considered the main character, and in her memories we find the moments when sunlit motes turn from floating molten gold to signs that someone somewhere didn’t dust well enough.

The short story structure does leave a few moments of discontinuity – Christine’s later travels, for example, are of uncertain motive. Rosa and Patti are only a year apart and apparently attend the same high school, but seem bafflingly oblivious to each other. Certainly a sister’s presence in the same school would have had an effect on Patti’s suffering and Rosa’s experiments – whether helpful or not. Formative events also have no cumulative effect – once an episode is closed it is closed, with very little reference to it later.

Considered on their own, the short stories are all of good quality, varied enough in tone that different readers are bound to have different favourites. Special mention must be made of “A Thank You Note”, Rosa’s declaration of life and war. In this story as well as “Passion”, her voice is deliberate and bold in its determination to experience life through sensuality. “Thank You Note” in particular is wonderfully written, evocative and cynical and eminently self-aware. Talk about a refusal to go quietly into the night! It is defiant life screaming refusal at the abyss, Edith Piaf singing about regretting nothing, nothing at all. A life measured and accepted as hers, chosen deliberately and whose consequences are accepted with dignity. Against considerable odds, Rosa chooses her way and is satisfied.

This attitude is a key illustration of how calmly sex is handled in these stories – as something to be explored, tamed and ultimately owned through consent, experimentation and reproductive health. The tone is never preachy, and so natural curiosity and exploration co-exist comfortably with a  “lifelong training to catch a suitable mate.” It is treated with as much consideration as religion, something which takes much deeper hold with Patti than her sisters. Patti is not mocked or made out to be a fanatic, except perhaps by her less enlightened classmates. Ms. Bangaina, it seems, is commendably capable of allowing for multiple ways of being.

Indeed this multiplicity, a prime component of the immigrant’s arsenal, is something Christine struggles to gain when she leaves Uganda. Questions of identity and home arise in the final tales, where the romantic turns prosaic.  Christine dabbles in white men and goes abroad, and after a long sojourn as a foreigner, truly becomes one on her return. She is caught in the classic trap for those who try to carry home within them – the realization that this is the only place the home they visualise exists. Beyond this, then, what is one todo? Accept reality or change it?

When it comes to her questions of identity there seems to be the same self-consciousness present in much of African literature: an avoidance of the Western gaze so deliberate it sketches out a negative space that still identifies it. Here we are, Africans reading and writing about Africa, not anybody else.  The search for representation that we all feel consciously or not – is this what creates characters who search for missing connections in the novels they read? It grows into the self-conscious irony seen in the mild derision Christine feels for  Zac, who has convinced himself he is black American,  or in the crowd of bayaye  who yell insults at a white man in a language comprehended only by his black, female companion.

The inclusions of local language and games and food in the books we read are regularly recognised and remarked upon. And so for a book that chronicles the early experiences of young women – a description that would fit many of the books I loved when I was younger – I wonder what my reaction would have been to these inclusions if I read it then. Would I have so obviously appreciated them? Would they still be felt as a homecoming? Before I ever listened to Chimamanda and others wryly comment that Blyton gave no explanations for lacrosse or snow, before I ever met Achebe through curriculum-mandated set books – would I have just enjoyed the stories, free of the burden of analysis? And yet –  would that same self have picked this book off the shelf at all, or ignored it in favour of other options simply because it was written by an African and so probably not my thing?

In any event, meta analysis aside, I’m glad I read Tropical Fish, and would recommend it to anyone looking  for a good, quick read that is equal parts thoughtful and entertaining.

(Nairobi-based readers may buy a copy of Tropical Fish online  from Magunga.com)