Six years ago, two friends were having a meandering conversation that spanned everything from the state of literature in Kenya to their explorations of feminist thought. Driven by youthful naïveté and blind ambition we felt the need to share these conversations with other people.  Hence the birth of Will This Be A Problem.

Will This Be A Problem began as a site to explore social issues and create African fiction. Will This Be a Problem? defiantly posed a challenge to the world around us. It was a rhetorical question that showed anyone who insisted we colour within the expected lines the door.

A number of years down the line, we have penned multiple essays, platformed several talented writers and released three fiction anthologies out into the world. We’ve done much of what we set out to do and we’re proud of what we’ve been able to achieve. However, so much around us seems to have stayed the same, much to the point that it feels like we have been shouting into the void. Rather than give in to these frustrations and give up, we opted to regroup, rethink and restrategize.

Living in precarious times has emphasised a need to participate in more imaginative ways, to challenge ourselves to envision a world that is a testament of our true convictions. We hope to veer away from inadvertent pontification and focus on re-learning how to converse, how to increase our perspectives and how to evolve our outlook.

Moving forward, our focus is shifting – we are making fiction our main priority.  There is a lot to be said about the power that can be harnessed when we’re allowed to explore topics through stories. Stories are always better than facts. To quote Neil Gaiman’s Sandman, “Tales and dreams are the shadow-truths that will endure when mere facts are dust and ashes, and forgot.”

As you can see, this anthology comes at a point of transition for Will This Be A Problem and it is appropriate that the 5 stories contained within it are explorations of transition. People in passage, seeking to change who or where they are. These stories come together to weave a complicated tapestry of human emotion, especially in times of unprecedented events. They capture the frustration of being faced with uncertainty, the stubborn denial of what is real and present, the flimsy air of pretence that fails to conceal the underlying stench of desperation, all culminating into a simple and final truth – that whatever our coping mechanisms are, they will hold us together only for a while, but we must ultimately face the inevitable.

In Cheryl S Ntumy’s Nonchalant, we find a character caught between the person she loves and being true to herself. “She’ll leave because I promised to get better, to try, and I didn’t. She’ll leave because she thinks I love my demons more than I love her, and who will fault her? No one. Not even me.”

We see this theme spilling over into Lauri Kubuitsile’s The Sacrifice, in which Saebe sees his idyllic life, the only life he knows, slipping away from him. We are locked in the room with a man who takes measure after desperate measure to do whatever he can to maintain normalcy.

Kevin Rigathi’s Where The Gods Go tells the story of a young girl determined to find answers, caught between history and memory, perception and truth. “My thoughts have circled and worked around it, careful never to get too close; never to let it burn. Now, knowing what I know, I can approach the memory and walk around it. I can look closer and finally see.”

In James Kariuki’s Counting Heads, we are in the headspace of a man faced with an opportunity that has him debating the need for hypervigilance when there is no food on the table and bills need to be paid. “A few years of selling illegal drugs had left Koyo with a keen sense of distrust for deals that sounded too good to be true; but he reluctantly agreed to the meeting.”

In Nyembezi’s Funeral, Jerá forces us to contend with perhaps the most tragic yet inevitable change of all, “ …‘We are God’s clay pots. He can smash us if he wishes. What can we do?”

In addition to our anthologies of short stories, we’ll be adding a new series of projects to our repertoire. Some of the characters and themes we want to explore and bring to life have been too complex for short stories. Our readers have also expressed interest in something longer to sink their teeth into. Novellas are currently having a renaissance in the world of speculative fiction, their length allowing grander possibilities. Will This Be A Problem is currently working on releasing three novellas from three writers. The excerpts are featured in this anthology.

Manes & Dandelions, an urban fantasy story from Kevin Rigathi takes you on a wild journey of unexpected magic through familiar settings that you’ll never look at quite the same again. Pieces of Wood, a chilling horror from Peter Nena which delves into the grotesque and unearthly, and is guaranteed to leave you unsettled. And Asylum, from Olivia Kidula, an unholy mash of dark genres that will leave you disoriented and out of breath.

The fiction in this anthology allows us to sit for a while with people we would rather not meet, dredging up emotions we would rather not feel. And despite this anthology being in production long before the COVID-19 virus outbreak, reflections of our current reality are scattered generously within these pages. So sit back, relax and get used to the new normal. We’re going to be indoors for a while. 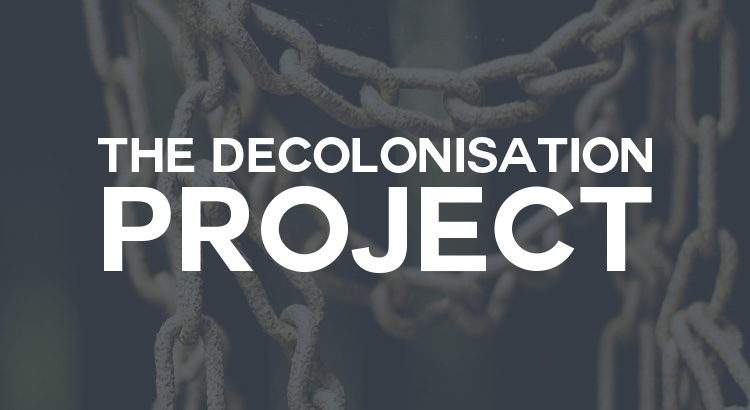