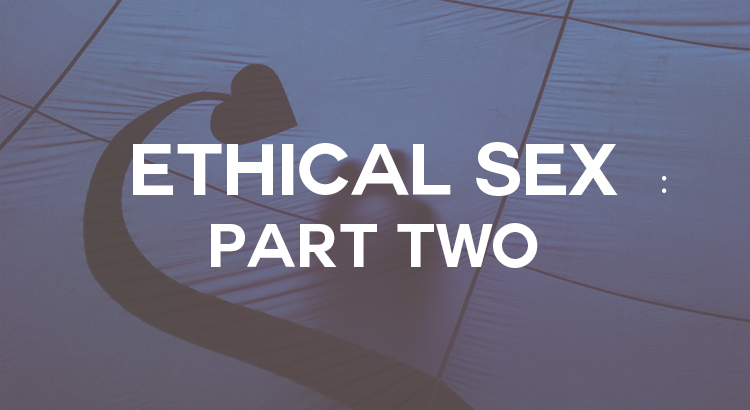 We each have an inalienable right to have domain over our bodies, minds, and choices. Good people don’t violate consent, and we all would like to see ourselves as good people, right? Truth be told, that isn’t often the case, as consent violation crops up in several aspects of our everyday lives, whether we perceive it as such or not.

Introspection is key to self improvement. It would be wanting of myself as a feminist to wax lyrical about the importance of consent if I did not look into my own interactions with others. Looking back on my sexual encounters, I started to remember instances that made me cringe. I remembered taking “later” “not now” “I’m busy” as challenges. Instances where my partner would initially say no, but I persisted until they caved because I could clearly see signs of arousal. There are even times I sulked and even threw a fucking tantrum when they did not agree to my pestering.

Pressuring partners into sex…hearing them say they weren’t in the mood and still trying to change their minds…  that’s coercion. It was hard to believe that I have violated and/or disregarded consent over the course of several interactions without clearly realising what I was doing was wrong. Why? It is because I am a woman.

An article on how to seduce a man from LovePanky.com, a site that describes itself as a “guide to better love and relationships” says

“Seducing a man is an art, and one that’s thoroughly enjoyable. Just watching a man feel flustered and awkward because of the sexual tension you’ve created is a rush that few things can give a girl. A few of these tips may be sneaky and scheming, but hey, we’re not playing dirty. We’re only using the advantage of being a woman! Find out how to seduce a man who’s not your own man, and make him sweat with desire.”

Thousands of publications have articles on this. From Cosmopolitan to Playboy, you are sure to find a few seduction tips peppered into the sex section of a lifestyle magazine. Not all examples are as extreme as the one above, but the general message is loud and clear. Women’s attempts to convince men into sexual activity are supposed to be taken as cute, appealing and welcome acts.

The truth of the matter is, if you have to convince someone showing even the slightest measure of reluctance to sleep with you, then the sex is not 100% consensual. It’s not necessarily rape, but it is a form of misconduct. Even if someone physically gets on top of you, they are not making the decision freely if something other than their own desires are influencing them. Consent should always be enthusiastic, never ambiguous. It shouldn’t have to be coaxed out of someone.

Coercion is when you make the consequences to saying “no” to intimacy so great that it removes any reasonable choice. An example would be saying something along the lines of ‘its either we have sex now or you forget about it, this is because you don’t find me attractive…’ yet any reasonable human being understands that not wanting sex in the moment is not the same as not being attracted to the person.

Such an ultimatum takes your partner on a guilt trip which forces them to go along with your request, not because they want to [which should be the cornerstone of all sexual interactions], but because losing you will be the bigger loss. Other consequences could involve invoking your wrath; ‘if I withdraw consent my partner will get mad/accuse me of cheating/drag me on Twitter/ghost me/spread rumours’.

When you believe your partner in that moment owes you intimacy, and you are just expressing your feelings [if you really loved me you would; ], there is a good chance you are being coercive. If someone says “no” and your first instinct is to prepare for a fight instead of immediately accepting their choice, you are gearing yourself up to be coercive. Even insisting on a reason as to WHY you can’t be intimate [you know I really like you, why are you doing this, is it me, please tell me why] is right on the path to sexual coercion.

Discussions about consent tend to focus on men’s understanding (or lack thereof) of consent.These conversations takes precedence over all the others, now more so in the wake of all the Hollywood scandals and the subsequent rise the #MeToo movement. It is fantastic that women are coming forward to share their stories and it is important to cultivate an atmosphere of safety for those who do. However a quick Google search on consent shows how it is framed as a male issue – as if they are the only ones who don’t know about this.

There are dangerous implications in taking a gender focused approach; (i) that men are the only ones who need to be certain that they have ongoing enthusiastic agreement ii) that women are never the perpetrators of coercive sexual contact;  both of which cause a lot of damage.

A 2010 report from the The National Intimate Partner and Sexual Violence Survey, found that over their lifetime, women were vastly more likely to experience abuse perpetrated by men, as were male victims who were penetrated without their consent. “But among men reporting other forms of sexual victimization, 68.6% reported female perpetrators,” the paper reports, while among men reporting being made to penetrate, “the form of nonconsensual sex that men are much more likely to experience in their lifetime … 79.2% of victimized men reported female perpetrators.” Women are equally capable of consent violations and other forms of sexual violence.

Sexual violation (of whatever degree) is usually regarded as a violent crime accomplished through physical force, and because women are not usually perceived as physical aggressors, thousands of encounters are usually downplayed. As women, we do not think ourselves capable of coercion of any sort. We see the term ‘seduction’ as a means to an end, to convince an otherwise ‘unsure’ party that this is what WE BOTH want. Stereotypes about women include the notion that women are nurturing, submissive helpmates to men. The idea that women can be sexually manipulative/coercive, dominant, and even violent runs counter to these stereotypes.

This jarring collection of notes compiled by The Atlantic that details men’s encounters with women includes this painful statement,

“How does a woman rape a man?” The whole situation put me in an odd place—emotionally, and at odds with how our culture views men who have been sexually assaulted. I guess I refused to see what happened as rape because, like many, that word is reserved for what happens to women—and to be honest it’s often related to physiology. When you look around the culture, you see the idea of a woman forcing a man into sex as either not a bad thing—because men are always supposed to be ready to go—or that it’s physically impossible. The majority of talk around men being raped in our culture centers on sexual violence committed by men in positions of power on young boys, like what happened in the Catholic Church. Or it’s inmate-on-inmate rape in prison. My scenario was neither of those.

The perception that men always want sex is an extremely dangerous one. It’s still the default assumption about men, still casually reinforced basically every day. This grossly dehumanizing stereotype is extremely destructive to men and oftentimes leads to the disregard of their consent. If the societal expectation is that all men always want sex, there is a great amount of pressure put on them to prove that they are ‘real men.’  This pressure is by extension placed on whoever is having sex with men – if a man denies or withdraws consent, it is regularly seen as being a problem with the partner  “you don’t find me attractive!”; which ties into the false perception that “they always want sex, so how could he possibly say no? It must be me!” rather than it being a simple denial.

If you want a look at how casual this perception is, look at the responses to the tweet below.

One day we we will talk about how women in the relationship do not take being told no very well. Like accusations start flying about how you got a side and what not. Sometimes a nigga just tired…or in a weird headspace

It is important that we as women actually let these conversations happen as they are a direct implication of our actions. There is NOTHING to joke about here. A quick one time apology would not have sufficed if a man decided to joke (repeatedly) about disregarding a woman’s consent if she brought it up as a talking point on the TL. We must be willing to introspect and ask ourselves whether we’d be comfortable hearing the things we’ve said if it was the other way round.

Women may have (inadvertently) gotten into the habit of pontificating but it’s time to re-learn how to converse, and how to increase our perspectives and evolve our outlook. If we constantly put men to task on calling each other out, we as women should be willing to do the same, both as individuals and within our ranks. Remember, consent is gender-blind, and therefore so is its violation.

We are all capable of violating boundaries, and we can only better respect them once we admit that. You cannot understand consent without first understanding boundaries. Boundaries are set for a very good reason. Most times, they actually have nothing to do with you, and other times they could be. You aren’t in control of those variables, what you ARE in control of is what you do AFTER you’ve been told no. Show respect for your partner’s self-advocacy and self-awareness. In doing so you’re showing that you respect their choice. If you can’t respect their choices, then I guess it’s time to examine your own boundaries.