You’re skeptical. I understand, but look around. There’s a chance that the invaders are with you or near you right now. The species that wants to destroy everything you know and bring all of us down. You’ve no doubt heard of them. They go by the name…. feminists.

We have all heard many things about these feminists. Disturbing things. Unsettling things. Things that spring from the same well that inspired Dante’s Inferno. But I wanted the truth. I wanted to know what it is that they truly want. So I decided I was going to meet one. Against the advice of those wiser than me, I braved the danger and agreed to interview a feminist.

One of the things I have heard about these feminists is that once they fully posses a woman they do not shave their legs. Hair grows wildly covering them from knee to ankle in a wild mane. It is a strange phenomenon. It reminds me of the Arabic story where King Solomon meets the Queen of Sheba. His advisers warn him that he should not trust her for her legs are covered in hair like a goat. Solomon, in his general all-knowing fashion, tricks her into revealing her legs and confirms these rumors. This tells us that the feminists have been around for a long time. And, more disturbing still, that even the wisest man in the world feared them. This will not be an easy interview.

The feminist arrives and there are oddities. For one, she is smiling. This is odd because feminists do not smile. Their faces are permanently scowling. The bitterness of their hate for men, sex and children, and by extension their hate for happiness, is never far. It occurs to me that a smiling feminist is a dangerous thing. What would make a feminist smile? Will I leave this place alive? Will this be my tomb, a burning bra flying high above it to celebrate (another?) feminist kill?

There is no sign of her man hate or innate bitterness. It is almost as if these things do not exist. I can now see how so many feminists have made it in the media. They are excellent actors.

“THAT,” she says a little too loudly (as is to be expected), “is a complicated question.”

I flinch. A woman using language like that. A feminist indeed.

“Is that a joke?” she says, her eyes narrowing. There is a hint of menace in her voice. The mask is dropping. “How can you look at this world and possibly even say something like that?”

“Abuse! Rape! Violence! And if you don’t think these are common then how casually they are treated certainly is. People act as if this is the way things ought to be. As if women should not complain about these things. Do you not see how men treat women everywhere?!”

“Look. I’m not saying it doesn’t happen. Some men are bad. Completely sick in the head, but we must be equal in this. Some women are also bad. So if you think about it, not all…”

“Don’t you dare try to say not all men.”

“So fucking what? People just use that as a way to not deal with the conversation. When we’re talking about ways to reduce traffic accidents you don’t hear not all drivers. When we’re talking corruption you’re not going to accept a goddamn ‘not all politicians!’ That is not a conversation that even needs to be had. Enough men act, enough men condone and enough men do nothing for it to be a giant, global problem. The phrase not all men means nothing here. And if you still think it does then never talk about any problem in the world because guess what? Not all fucking human beings!”

I say nothing. It will do no good. Clearly, feminists cannot use logic. We stare at each other for a while no one saying anything. Finally, I ask:

“Why are you feminists always so angry?”

“Because there’s a lot to be angry about.”

“Yes, but what if you filtered your message. Were nicer. If you weren’t always shouting. Don’t you think people would listen more?”

“You think that hasn’t been tried? How do you think feminists get so angry? We tell you over and over but you don’t get it. You really don’t. We shout, we whisper, we’re kind, we’re mean but nothing sticks! Everything you say after shows that you haven’t even thought about it. Not really. And how can that be? Truly, I don’t get it. How can that be?”

“That’s not fair. You’re just doing what you always do. You’re making assumptions. I have thought about it. I know I respect women. I don’t mistreat them but you want me to be the enemy. I’m not. I came from a woman, we all did. Women I respect, it’s feminists I have a problem with.”

“You see? You respect women because you came from one. Or you were raised by a single mother. Or because you have sisters. If you thought about it you’d know that that’s a terrible reason to respect someone. You’re related to some women and that’s where you stopped thinking about it? That’s it. How about because women are human beings?”

“That’s a lot of talk but it’s just over complicating a simple matter. What’s wrong with respecting women because of my mother?”

“When was the last time your major reason for respecting a man was your father?”

“Feminists! Always always overacting. Listen to yourself. Nowadays a man can’t say anything without starting a fight. We cant even compliment a woman without it being a big deal.”

“Is that what you call what happens? Complimenting?”

“Just compliments. Ha. Tell you what. Next time a gay man cat calls you or gropes you I want to see you take it as a compliment.”

“That….that’s not the same thing!”

“Isn’t it? So it’s not unwanted attention or contact?”

I stare at her appalled. A gay….WHAT!? JESUS! These feminists are mad. Mad mad women.

“Look at you,” she says showing that infamous feminist sneer, “so shocked by just the idea of it. The idea alone! How often does this even happen to anyone? Do you even know anyone it’s happened to? Why does it scare you so much? Are you not just afraid that gay people will treat you how you treat women. Doesn’t that tell you something?”

“If you’re not willing to take this conversation seriously, I have nothing more to say.”

“This is why no one likes feminists.”

I walk away on that note unwilling to listen to anything else. I can see that these feminists will be a danger. A grave danger. They are a plague that we cannot countenance. They will destroy our way of life if we let them. They are enemies of men. Even enemies of women. You heard what she said about my mother. And so my brothers and sisters, we must fight them in any way we can. We must not let them take over our women.

If the feminists want something then we must not let them have it. If they fight for something, we must fight against it. Do not bother justifying yourself comrades. You saw how little they value logic. Tell them they are wrong because they are feminist. That is enough. But if you are brave and you think you can convert them, tell them the truth. Tell it to them over and over. Do not let their slick talk fool you. They have tricks to tempt you away from truth. Hold on to it and repeat it. Do not let them win.

Brace yourselves my brothers. Here cometh the feminists.

I chose to tackle this topic this way because, quite honestly, I’m already angry. To write in a completely serious tone would have probably not ended well. The past few days have been one sexist act after another around me. The fact that it’s annoyed me so much and I wasn’t the victim and I’m a man should probably answer all your “why are feminists so angry” inquiries. If I had to actually personally deal with this nonsense i’m not quite sure what I’d do.

With this approach, there is exaggeration (obviously). The entire alien angle is the way people misrepresent feminism and completely refuse to understand it. The stereotypes they hold and the entire “otherness” they ascribe to it all of which I turned up to level 10.

The arguments that follow however are more or less accurate. These are the most common answers given to these issues. Ask any feminist and they will probably tell you how much of this kind of thing they’ve had to deal with and more. Everything in the man’s quotes has been uttered almost word for word on several occasions. It is not the minority view. If anything it seems to be the main narrative.

On that note, I’d like to shout out every woman who has to continually listen to the kind of thing I’ve covered here. Specifically, my co-blogger, Olivia Kidula. Liv is like a feminist super hero. Less superwoman more of The Punisher. She will not put up with your sexist bullshit for even a second. On twitter and in person, God help her victims. There are times she’s been criticized for things I’ve written on feminism. These critics suddenly changed their tune when they found out I wrote it as if the arguments had also changed. It’s alright though, she dealt with them.

Another person that deserves recognition is Samira Ali who inspired the central idea for this post (which puts her post inspiration count on this blog to two. I might have to start paying her). She’s had her share of scraps with people who think working women are scary and other stupid ideas® ( Now available in all Sexist social networking accounts everywhere). She’s a well of brilliant ideas. Seriously, this girl knows her shit.

Follow these people. You’ll be entertained and your TL will be smarter and funnier than it would have been otherwise.

All you women in the movement, keep fighting the good fight.

As for you men, someone please make a Kenyan version of this t-shirt. 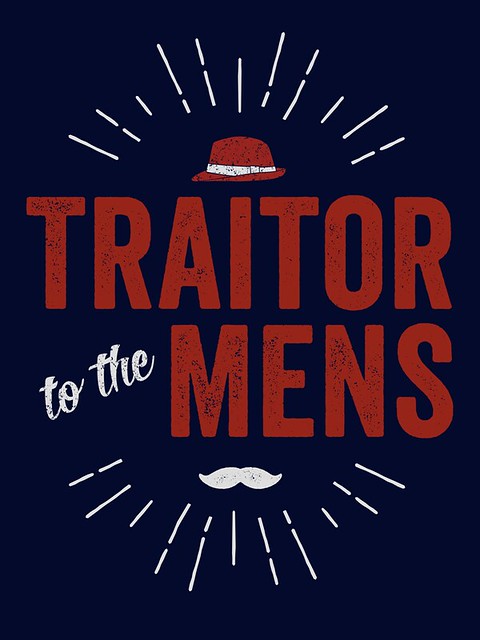