[The below is an excerpt from Pieces of Wood, A novella by Peter Nena, available in 2020 from Will This Be A Problem]

Mary had a strange dream in which a man was standing over her. It was a large man of disproportionate size and shape, and whose shadow was as wide as the bedroom. His shadow was completely covering her and she could feel its weight pressing down on her. She was unable to move, to breathe. She woke up shuddering and choking, needing to cough but unable to, her lungs feeling dry, powerless. When she opened her eyes, she saw the shadow lifting itself from her and moving away towards the door. It was a nebulous monstrosity that might as well have been giant wings, gliding on the walls, on the floor, and on the ceiling, pulling itself along like a large sheet of cloth.

Mary sat up at once. She sprang up like a mechanical trap, all the sleep suddenly driven from her mind by conquering panic. She reached for the light switch beside the bed, but the light did not come on. She flicked it off and on, off and on again, but there was still no light. A blackout? she wondered. Now? How strange! She reached further beyond the switch to the stand that was there and groped for the torch which she kept for emergencies. She found it and flicked on its switch. The room flooded with sudden blinding light. The beam was powerful, the batteries new. The shadow had vanished, though. Mary was alone.

She listened for any intruders in the house but the only sounds were that of the clock in the living room which was clicking louder than usual and that of her own heart which had run amok in her chest. She had a moment to question herself about seeing the shadow, wondering how she could have seen it in a lightless room and if it wasn’t possible that it had been merely a crossover from her nightmare, her mind playing tricks on her. She switched off the torch to test her visibility and remembered that that the moon was full outside. Some light had somehow found its way into the house and was reflected on the white walls and ceiling, affording her a little visibility. She could distinguish dark shapes . . . which meant that the shadow had been real!

She got out of bed at the speed of light and went flying into her children’s room.

To her relief, however, her children were fine. They were all fast asleep. Esther had kicked away her blanket and was lying on her right arm which was folded in a manner that was likely to cut off blood supply. Mary turned her over and pillowed her head on the fold of her left arm. She covered her. Peter was lying on his back, breathing in spasms. If he had been any older than eleven, his mother suspected he would be snoring like his father used to. Mary turned him over too and drew up his blanket from his waist where it had slid to his neck. Morine was sleeping peacefully, being only six and a half years old.

Mary stood in the room without moving for several minutes after tucking in her children. She stood over them, said a prayer for them in her heart. Let God watch over them, she said. She was only a human being of flesh and blood, a woman in a male world, a widow. Let God watch over them. She thought of her husband, Lucas—whom she had loved dearly and whom she still missed with all her heart—thought of the horrible way he had died, thought of what her friend, Molly, had said about his death. She shivered. She felt a mixture of grief and dread, of longing and loneliness. Her face tightened and her eyes began to water. She let the tears roll down freely.

She returned to her bedroom and met with a strong presence. Somebody was in there. She froze at the door, suddenly overwhelmed by a sense of being near something too dark and too wicked to be contemplated. She could feel the hair on her head slowly rising; those on her arms and legs, too. They tugged at her skin as they rose, twitching, as if plucking themselves free. A cold thing with a million legs—like a millipede—snaked its way up her spine towards the back of her neck. Her heart descended to her stomach and started beating with frenzy. Her knees were melting.

Somebody was in her bedroom. The shadow was back, cast all over the place, the living shadow that could move by itself, as wide as the wings of some ancient flesh-eating monster.

Her mind firing like a crazed machine, insufferable terror upon her, Mary started retreating. She made only two steps before stopping. Where was she going? Where could she go? This was her house. She belonged here. Her children were here. She could not run and leave them. She had to defend them against enemies and intruders, seen or unseen.

Mary gathered up all her courage but found that she still could not move her legs.

When she could, after an eternity of immobility, she went a few steps past the door and flashed the torch into the room. The beam of light made a crazy, circuitous arc across the walls and the ceiling and finally landed on the bed. There was nobody that Mary could see with her eyes. She made a zigzagging motion with her hand, the beam bouncing unpredictably off surfaces, illuminating most of the room in no time, but there was still no one. Mary went inside.

“Our Father who is in Heaven,” she started. Her voice was quavering. It was dry and it hurt to speak. She swallowed in vain. She needed water.

“Hallowed be your name.”

She stepped further into the bedroom. The presence did not dissipate. It grew stronger. It pulsed around Mary, and the room was charged with it. It was an enormous thing in her house, judging by its force. The further Mary went into her bedroom the stronger she could feel it. She felt surrounded by invisible people, sought by invisible hands.

She flashed the torch behind the door. Nothing. Under the bed. Nothing. Behind the chest of drawers. Nothing. Inside the closet. Nothing. Along the corners. Nothing. She pushed aside the window curtains. Nothing.

There was a man outside the window.

Mary saw him face to face, lit his horrid features with her torch. She drew back with a violent screech and almost fell backwards. She was quickly benumbed with terror and the torch dropped from her hand. Her gaze was held by the thing at the window and she lost her will to fight back.

The thing at the window was, and was not, a man. It had the bearing of a man, a big African man with a full belly and a broad face, except it looked wooden somewhat. Its body and lower parts of its face including its mouth and jaws seemed to be made of wood. Its stomach was not wood but its arms and legs were wood. Its head ended in a flat cylindrical shape just above its eyebrows, like the top of a stump that had been cut with a power saw. From the flat top of its head, Mary could see that the back of its head was wood. Its eyes were alive and bright, shining yellow in the spotlight’s beam. They stared unblinkingly at Mary, boring coldly into her, and she wished to shut her gaze from those heartless pits of hell into which hard, glassy orbs glittered with diabolic energy.

The thing had no clothes on except a ragged pair of shorts, so old that it seemed to have been dug up from a farm on a wet day. Its feet were bare and so wide that they gave the impression of being webbed. They were not wood but his ankles were wood. The thing looked like something that might have climbed straight out of a bottomless pit, giving off a foul, revolting force, a thing of consuming corruption and decay, of death and states worse than death.

Behind it, in the moonlight, Mary saw more wooden things standing there.

Overwhelmed, Mary started falling backwards in a faint. The thing put its right hand through the glass and quickly grabbed her left hand. The most unusual thing about this unexpected move was that the thing’s hand passed through the glass without breaking it, as though there were no glass. It held Mary’s hand for maybe one or two seconds and released it. Mary felt as if her hand had been gripped by savage jaws, clamping down on her bones with cannibalistic fierceness. She felt a quick sting on her wrist. The thing’s hand was too long and too cold, too stiff and unyielding. Like a piece of wood. Mary felt its rough edges, its crooked, broken form, its bark. It was wood. 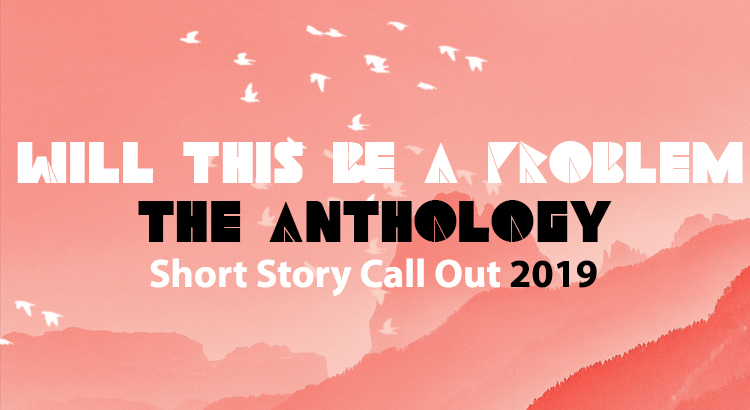 The Will This Be A Problem Anthology is back this year and we are looking for works of speculative fiction, science fiction, fantasy and horror by authors from the African continent.

While we tend to gravitate toward the weirder and darker side of things, our aesthetic is always in flux. We value risks, surprises, rude shocks, and voices that haunt us long after the story is done. Be brave. Send us the stuff you never thought would get published anywhere else. Send us the thing you have to take a deep breath over before submitting or running by your critique group. We strongly encourage submissions from women, members of the LGBTQIA community, and members from other underrepresented and marginalized communities.

Here are the submission guidelines.

The WTBAP anthology is provided for free. We do not make any money off it and thus we do not (as of yet) pay for submissions. However, this year, there will be prizes for our favourite story.

We look forward to seeing what you come up with.