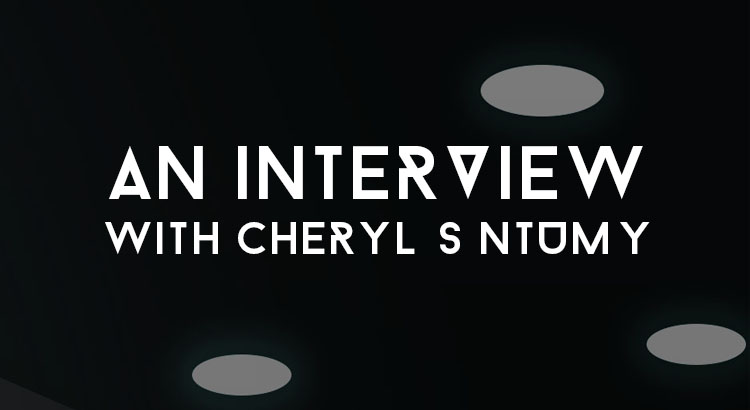 An Interview With Cheryl S Ntumy

Cheryl S. Ntumy is a writer from Ghana and currently living in Botswana. Her work has most recently appeared in Botswana Women Write (2019), We Will Lead Africa Volume 2: Women (2019) and the 2017 Caine Prizeanthology The Goddess of Mtwara and Other Stories. She was shortlisted for the Commonwealth Short Story Prize in 2018 for her story “Empathy”. She has also been shortlisted for the Miles Morland Foundation Writing Scholarship for 2019.

Her story, Nonchalant, was the winning entry in the fourth edition of the Will This Be A Problem anthology series. It is a masterful piece of speculative fiction and one of the most imaginative stories we have had the privilege of coming across. You can read it here.

The editor’s room loved the concept behind the world in “Nonchalant.” What led this story to the page? Were you in any way inspired by Huxley’s Brave New World or Orwell’s 1984?

I haven’t read Brave New World. I read 1984 years ago. If anything I’m inspired by real life, the news, things I hear about or see. I can see a thousand possible dystopian futures being set in motion in the world as we speak, and I’m always asking myself, “What would happen if we took this one thing to extremes and let it run its course? What would the world look like, decades down the line?

One of the great things about Nonchalant is that it has this great and complex world but it is framed, and we are introduced to it, through a wonderfully realized relationship. These characters, their interactions and their differences, is where a lot of the world building happens. Can you tell us about the choice to tell this story through the lens of this relationship?

I am fascinated by romantic relationships. I see them as a sort of microcosm for the human experience, because they bring out all the best and worst traits in us. It wasn’t a conscious choice for this story, not at first. I felt, as I started writing, that this relationship was what drove the protagonist. From then it became clear that the relationship would be the focus of the story.

What was the easiest part of writing this story, and what was the most challenging thing about it?

The easiest part of writing the story was getting into the protagonist’s head. I felt her vividly. Her anxiety, her shame, the pleasure she took in giving in, the numbness when she was drugged. It was very easy to relate to and put down on the page. The most challenging thing, and I think this is true of all my work, was editing it afterwards. I worried that the things I wanted to express weren’t coming through clearly. With speculative fiction I think sometimes people get snagged on the unfamiliar details and can’t get past that, and then they miss the point. It’s a story about a human being in a world that won’t let her be herself. It’s not a story about a weird person in a weird world, it never is. It’s a story about all of us. I really wanted that to be clear and I wasn’t sure I got it right.

The dystopia in Nonchalant seems universal. It could be happening anywhere in the world, not necessarily in an African country, but there is no question about the blackness of the characters. Was this, the ubiquity of the dystopia, something that you did intentionally?

The ubiquity was absolutely deliberate. I have no idea where the story takes place and I don’t think it’s important. What matters to me is the human experience. I love that the blackness of the characters came through, though. I think it’s important for people to know that black stories are universal, that we’re not a niche market, we’re not a minority, not in a global context. Of course there are things that are unique to us, but ultimately we’re just people.

This wouldn’t really be an author interview ™ if we didn’t throw this one in there; How did you become interested in writing?

I feel as though I was born with stories inside me! There wasn’t a point where I made a decision to write. It was inevitable. I wrote stories in primary school. Before that I was acting them out with toys or in games of pretend. I was confused by kids who didn’t play that way. I felt bad for them because their games were boring! For me there had to be a story, with characters and preferably costumes. I always knew I was going to be a writer.

What writers have influenced your work? And what are some Books you’ve read lately and loved?

Alice in Wonderland will always be one of my favourites. It showed me that stories don’t have to follow the rules. Haruki Murakami’s 1Q84, Helen Oyeyemi’s The Icarus Girl and Ben Okri’s The Famished Road all pushed me to work harder on my craft, to try to be even half as good. In school I read “The Rocking Horse Winner”, by D.H. Lawrence. That probably influenced me most, out of everything I’ve ever read. It stayed with me all these years. I wanted desperately to write something that haunted people the way that story haunted me.

I also remember reading a story about a killer rollercoaster designed as a method of population control. That was my first taste of dystopian fiction and I never forgot it. I had nightmares about it. It felt so plausible, like it could happen tomorrow. (Editor’s note: This is like the short story “The Carnival” written by Michael Fedo).

I’ve read a lot of YA and women’s fiction. I loved The Belles by Dhonielle Clayton and can’t wait to read the sequel. Right now I’m re-reading Alastair Reynold’s House of Suns. The science is beyond me but I love that book. I don’t think I’ll ever be able to write hard sci-fi, but that won’t stop me from trying! Right now I’m more into stories on screen than on paper. I’m intrigued by screenwriting and inspired by how actors develop their characters, so I guess I’m more and more influenced by film and TV.

What are your thoughts on the current state of speculative fiction from African writers? What would you like to read more of and what would you want to try your hand at?

There’s amazing work coming out of the continent right now. I can’t keep up with all the writers anymore, which is wonderful. I’m excited to read more speculative fiction, more mind-bending stories, but I also want to read more mainstream stuff from African writers, YA, lighthearted stories that make me laugh, comic books and graphic novels. I loved Karmzah, about a superhero with a disability. Now I’m interested in different kinds of storytelling. I want to write for the screen, maybe write a few graphic novels. I’m really keen to learn songwriting.

When you look at your body of work, what are the stand out stories for you? The ones you would direct readers discovering you for the first time to.

People have such varied tastes. I find that someone will like one thing I wrote and hate everything else. I guess for lovers of literary fiction, I’d recommend my short story “The Mother”. For romance lovers, Love Back and The Cupid Club. For speculative fiction fans, I’d go with “Nonchalant”. I have an unpublished story that I love called “Travellers”. I’d love for people to read that someday soon. For YA and middle grade readers, Rainmaker.

The online writing space has created greater opportunities for African writers, especially those who write genre fiction, to get their work out there and tell the stories they want to tell. What has your experience been like?

God bless the internet. I am eternally grateful for the opportunities it has created, as a writer and as a reader. There’s a whole world out there that I’d never have known about otherwise. I’m new to it as a reader. I still prefer brick and mortar bookstores and physical books, so I have a lot to learn, but I’m excited to dive in. As a writer I’ve had some work published online and it really feels like there’s more room out there for all kinds of voices. I love that there are so few restrictions, so few gatekeepers, because it means there’s something out there for every possible type of reader and writer.

Do you have any African writers you have discovered or interacted with online whose work you would like to shine a light on?

I’m not good at interacting online. I prefer to meet writers in person. I did meet Fidel Namisi online, which was amazing. We wrote a novel together! He’s an award-winning screenwriter who’s made the foray into novels. He’s brilliant and all about the work, which is a trait I love in a writer. If you’re looking for African YA, he’s got a sample of his novel out, called Lwanda Magere and the Cave of Wonders.

What do you hope readers take away from your work?

What I find most interesting is when people have an interpretation of my work that’s completely unexpected. I know what I’m trying to express, but I want readers to come out of the story with their own ideas and questions. I want them to turn the question of meaning around on themselves. It’s not about what I meant, it’s about what it means to them, what it says to them, what it makes them feel and why. If my work makes a reader curious about what it means to be alive, to be human, I’ve done my job.

What are you currently working on and what’s next for you?

I’m always working on a number of things. I’ll have a couple of things I’m focused on, but I like to keep my options open because I will get bored with one thing and need to do something else for a while. I’m trying to write a sci-fi novel and a YA novel. I’m also working on short stories, poetry and song lyrics on the side. I really want to start a new fantasy romance novel, and I’m co-authoring another novel. Let’s see how many of those projects I manage to finish!